Scara Robot Is Very Suitable in Which Kind of Operation - EVS

Scara Robots Applications: Scara Robot Is Very Suitable in Which Kind of Operation? 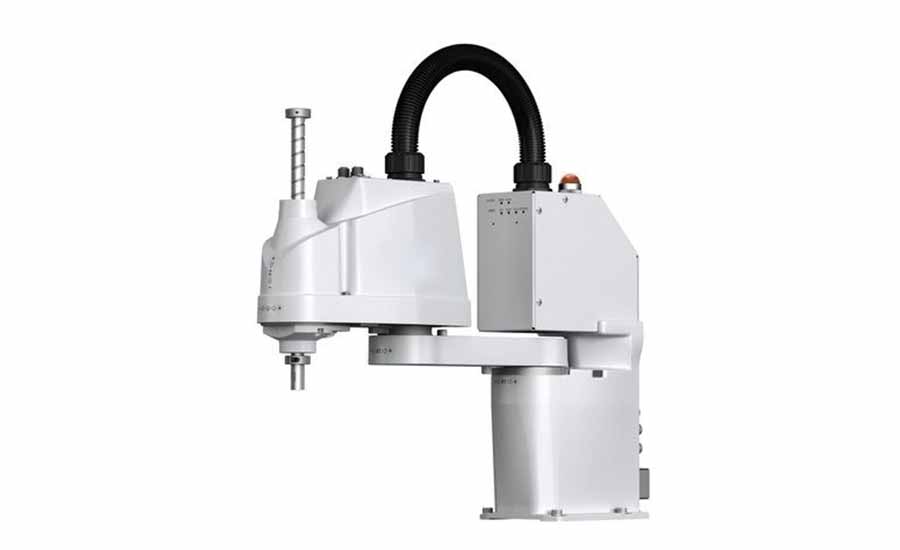 What are SCARA robots? And Why are they so important in manufacturing? These are some of the questions that most people who are learning to embrace automation keep asking each day.

SCARA robots, which stand for Selective Compliance Assembly Robot Arm, were first created in Japan in the 1980s. The SCARA robot’s major feature is a jointed 2-link arm that, though operating on a single plane, imitates the human arm in some ways, allowing the arm to extend and retract (fold) into restricted locations, making it useful for reaching within enclosures or pick-and-place from one spot to another.

The choice of which type of robot to use is not always obvious; however, it is frequently recommended that the best solution is dependent on the specific automation requirement. This article examines the SCARA robot and when it is most likely advantageous to use one. In some cases, choosing the best robot is simple, while in others, it boils down to a cost-benefit analysis. SCARA robots typically have up to four axes (3 rotation and one Z linear)

Advantages of the SCARA Robot 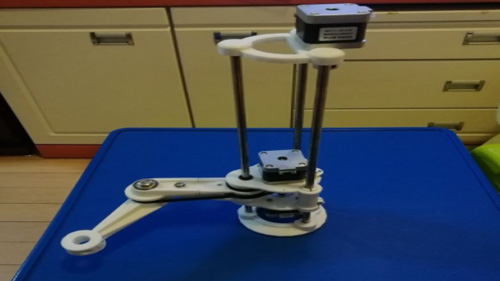 SCARA robots are most popularly used for pick-and-place or assembly activities that require high accuracy and speed. . In terms of replicability, presently available SCARA robots could even achieve tolerances of less than 10 microns, especially in comparison to a six-axis robot’s tolerance of 20 microns.

The SCARA robot is designed for applications with a narrower field of operation and limited square footage; the compact layout also allows them to be more easily re-allocated in temporary or remote applications.

Limitations of the SCARA Robot 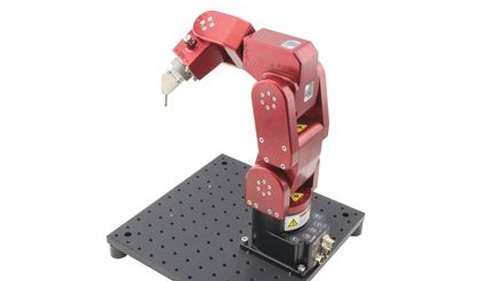 SCARA robots are often only capable of handling a light payload, often up to 2 kg nominally, due to their configuration (10 kg maximum). A SCARA robot’s envelope is typically circular, which may not fit all applications, and the robot has limited maneuverability and versatility compared to other types of robots with complete 3D capacity. Following a three-dimensional contour, for example, it is more likely to be within the capabilities of a six-axis robot. 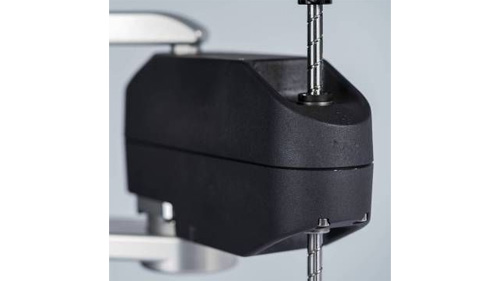 The position detecting features of a vision system can be used to manage a variety of situations. For instance, when screw hole placements are inconsistent, workpiece positioning on the conveyor is inconsistent, or various types of workpieces are delivered, the robot can be readily incorporated.

Simple processes can be used to calibrate the visual system. The teaching process can be shortened, which reduces system setup time and labor expenses, among other things. 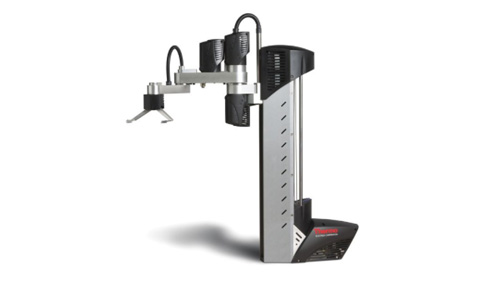 As a SCARA robot, you can anticipate your robot to pick up your products using end-of-arm tooling or a gripper. This is a fantastic approach to automate your processes and eliminate the need for your employees to complete mundane chores. After you’ve chosen your product using your arm, the next step is to position it where it belongs.

Employees are less stressed as a result of this repetitive process of picking and placing items, which leads to faster outcomes and more work being completed. 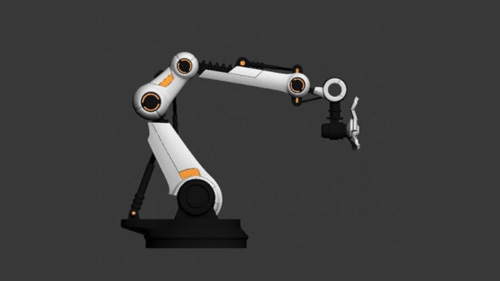 Investing in a SCARA robot is a terrific choice if you’re working with elaborate designs that require a lot of attention during assembly. The usage of this arm improves precision and consistency across all produced items. The advantages of using such an arm in assembly include a faster turnaround time and higher quality. 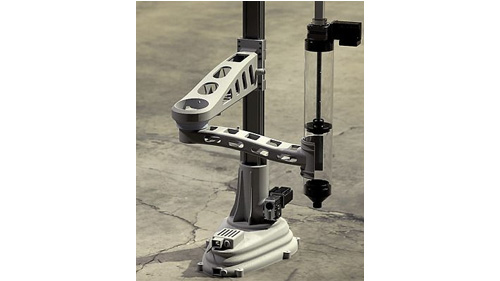 In the robotics business, 3D printing is becoming increasingly prevalent. There are 6-axis robots that can use 3D printing technologies to print larger items. SCARA robots can be utilized in small-scale printing applications like these. 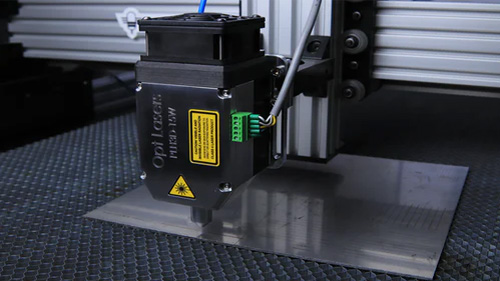 SCARA robots are perfect for sketching and laser engraving operations because they can deliver extremely precise results. Over the last few years, a slew of end-of-arm tooling has appeared on the market that allows manufacturers to embed laser engraving devices into small robots like SCARA robots. 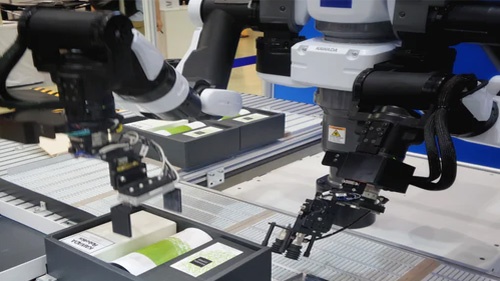 When it comes to dispensing, there are a variety of duties that can be conveniently handled by your SCARA robot. Working with a robot like this will help you improve precision and produce better results. When it comes to dispensing, it usually entails gluing, painting, and sealing, among other things. The use of a SCARA robot for such jobs will assist reduce waste and increase work accuracy. 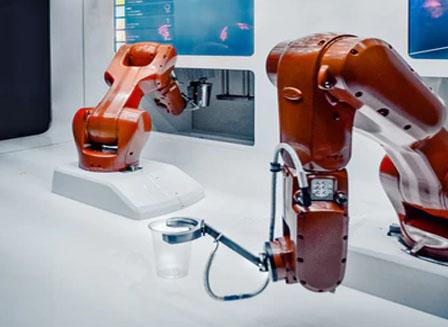 When it comes to duties that are repetitive, material handling is one of the most monotonous. Packaging, palletizing, labeling, and bin selection are just a few of them. The usage of lightweight SCARA robots can easily automate these operations.

Your process will be handled with convenience and accuracy thanks to this delegation. It will also allow you to free up your employees to work on different projects. It will also assist you in dealing with any labor shortages and ensuring that you always meet your deadlines. 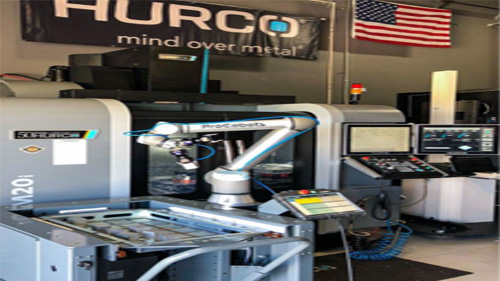 Diverse processes will necessitate the employment of the SCARA robotic arm when it comes to creating different products. This is especially true in machine tending, where the robotic arm is employed to increase efficiency and productivity. Injection molding, CNC, press brakes, and stamping presses are only a few of the most common machines.

These procedures allow your employees to focus on more important and meaningful activities. It also helps to increase productivity and process quality while lowering the danger of damage from working near heavy machines.

With so many variables impacting the robot selection for a certain application, it’s a good idea to consult an automation specialist. The best way to determine the automation configuration that suits the turnaround time, accuracy, and cost of the needed production system is to work with an experienced and impartial provider.

EVS Tech has experience with robot integration for machine assembly and loading/unloading. In addition, they provide EVS SCARA robot systems for paint spraying, assembling, testing, and laser processing. A huge installed base globally is supported by a dedicated staff of engineers, and standard and customised systems are offered with a comprehensive service from design to manufacture.

EVS Robotics is an industrial robot supplier providing automation solutions and support to our customers. Our products are used in industrial automation such as welding, painting, handling, palletizing, bending and polishing. And after years of development, our core technology has been widely used in different industries like Automotive, Metal Industry, Food & Beverage, Medical & Pharmaceutical and more.

Copyright ©EVS TECH CO., LTD All rights reserved.All materials not authorized may not be redirected or for other usages.